The gender pay gap in law sits at a staggering 30% - far higher than the nationwide average of 19%. Since 1990, at least 60% of newly qualified solicitors are women, and yet this has not translated into greater representation in more senior positions with only 28% of partners in private firms being female. This difference is reflected higher up the justice system too: only 15.5% of high court judges are female.   What is interesting is that this is not necessarily a European trend, but rather more specific to the UK.   Although on average in Europe, 48% of judges are women, in 2013 in England the number was merely 23%, with the percentage for Scotland lower still. A similar trend can be found across other sectors, with women making up only 29% of recruits to UK boards in 2016 (Boffey, 2017).

This all leads to the obvious question: why?

Not all barriers to gender equality are immediately apparent. So many of the networking opportunities crucial to advancing a career come in the form of ‘old boys’ club’ activities: a trip to watch rugby, golfing or a night at the pub. Events such as dinners that may initially appear far more female friendly also suddenly present a problem when childcare is factored in. And this is only the social, not professional, exclusion. Literal ‘old boys’ clubs’, such as The Garrick, which in 2015 rejected a motion to admit women into its numbers, can be central to building a career in law at the highest levels or securing a position at a Magic Circle firm and elsewhere.

Similarly, unconscious bias is an issue with ideas that women are unsuited to leadership or not assertive enough seeping into employers’ mindsets (remember James Damore at Google?). Although 52% of respondents to a Law Society survey identified unconscious bias as the biggest factor in discrimination against women, only 11% reported unconscious bias training (Largest ever survey on gender equality in legal profession, 2018). Instead, the onus appears to be on women to change their stance, dress or pitch of voice (as a 2013 memo circulated at Clifford Chance encouraged) and fit the male model of a power figure, rather than reaching a senior position on their own terms. This is reflective of the larger marginalisation and blame placed on women for their behaviour in society from an early age, with comments about clothing or actions used to explain and minimise harassment and discrimination. It is women who apparently must be accountable and seek to change, instead of the men and wider systems that surround and disadvantage them.

Motherhood remains another barrier to greater representation of women in senior positions within the law. This is not an issue specific to the legal profession, but with the long hours expected of many lawyers, women can find it difficult to cope with their additional responsibilities, and many of their male counterparts seem unable or unwilling to understand or compromise. Indeed, this is not only an issue that affects women. Many men now would wish to work flexibly to assist with their desire to be present for their family and children, but fear that such requests would amount to “career suicide”(Christina Blacklaws, President of the Law Society (An Agenda on Gender, 2018)).

Pregnancy, however, is a uniquely female issue. In 2013, Katie Tantum won a discrimination case against Travers Smith, claiming that the reason that she was not offered a permanent NQ position was because of her pregnancy in the final months of her training contract. Childcare and flexible hours thus become key concerns of new mothers, and those without the disposable income to spend on hours of childcare every week are particularly affected.

Some pilot schemes have been introduced to allow for more flexible working hours in firms such as Linklaters, but many prestigious firms still lag far behind their smaller counterparts.

These pilot schemes link to wider, more systematic efforts, to improve gender equality in society. The European commission is pushing to introduce quotas for women on company boards and Baroness Hale, the President of the Supreme Court, supports such a move for the British justice system.   Similarly, in 2014, the report Judicial Diversity: Accelerating Change by Sir Geoffrey Bindman QC and Karon Monaghan QC recommended a quota system be introduced for judicial appointments.  However, a commitment to such quotas is not always successful in practice, although it goes a long way in recognising and acknowledging the issue of gender equality. In 2017, Magic Circle law firm Allen & Overy’s target for female promotions was set at 30% and yet in 2018, out of the 20 newly appointed partners, only 2 were female.

Any gender equality progress in law has been described by Christina Blacklaws, as moving at a “glacial pace” (An Agenda on Gender, 2018). However, her very appointment as President of the Law Society, along with Baroness Hale’s position as President of the Supreme Court, is testament to the fact that some significant improvement has occurred. This also gives hope that further improvement is possible yet. In 2019, it will be 100 years since women were first allowed to obtain law degrees, with the Sex Disqualification (Removal) Act passing in 1919, and this centenary is being marked by the increasing visibility of programmes to aid women in law and their career prospects. These include the Women in Leadership in law campaign, as well as the Women in the Law UK organisation.

However, while these improvements are vital, it must be noted that the women who are most likely to benefit from these campaigns are predominately white, from middle-class or professional backgrounds. Individuals with protected characteristics too often find themselves excluded from positions of power or professional responsibility. Only 6% of senior judges are BAME (Criminal justice system statistics, 2018) and there is still a lot more to be done to improve and address diversity at all levels.

The need for greater diversity in the legal system is vital to ensure justice is available to all. When considering crimes such as sexual assault and domestic abuse, the victims may be predominantly female but the laws that enable them to enforce their rights are too often written and administered by older, white men. Diversity within the judiciary would assist in bringing a female perspective to the business of judicial determinations on all matters, especially in the context of the demise of legal aid.

Perhaps quotas are needed until there is greater balance?

In the tribunal system, solicitors make up two-thirds of tribunal judges, and representation in the higher positions is more evenly split between solicitors and barristers. Some 58% of tribunal presidents, vice and deputy presidents were from a solicitor background; as were 45% of upper tribunal judges, and 54% of deputy upper tribunal judges. In terms of gender balance, the number of women judges in the courts has risen since 2014, but is still only 29%. Nearly one quarter of High Court judges were female, along with 26% of deputy High Court judges. The largest concentration of women was at district judge level, with 39%. Women are more strongly represented in the tribunal system, comprising 46% of tribunal judges overall, with a third of those in the most senior roles. 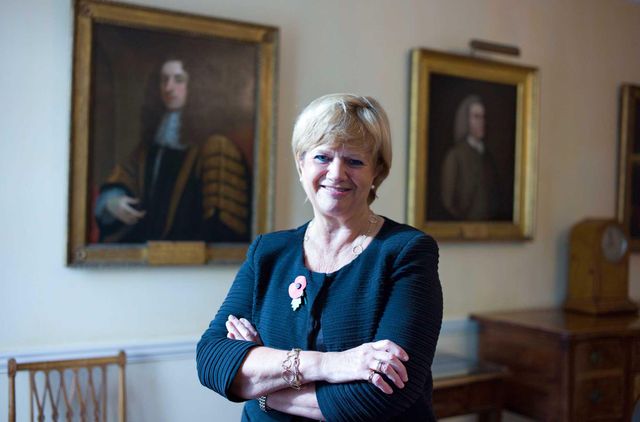 The gender pay gap saga does not look to be dying down any time soon.
Anonymous